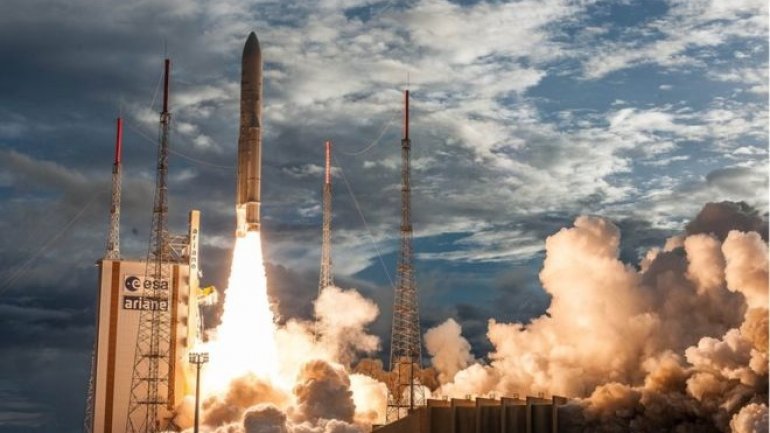 A new Europe-wide wi-fi service for aeroplanes came a step closer on Wednesday night with the launch of a key satellite from French Guiana, BBC informs.

Airline passengers will soon be able to connect to the internet either through this spacecraft or a complementary system of cell towers on the ground.

The company behind the so-called European Aviation Network is Inmarsat, the UK's biggest satellite operator.

It is building the system in tandem with Deutsche Telekom of Germany.

The pair hope to start services at the back end of the year, with IAG Group (Aer Lingus, British Airways, Iberia and Vueling) being the first to equip their planes with the necessary equipment. Lufthansa will be trialling also.

This would include an antenna on the top of aircraft to connect upwards to space, and another terminal in the belly of the plane to link down to what initially will be 300 4G-LTE towers concentrated along Europe's main short-haul routes.

The hybrid system would be a first for the continent.

Passengers in the cabin wanting to surf the web or watch a video would simply join a hotspot as they would if they were in a cafe or a hotel.