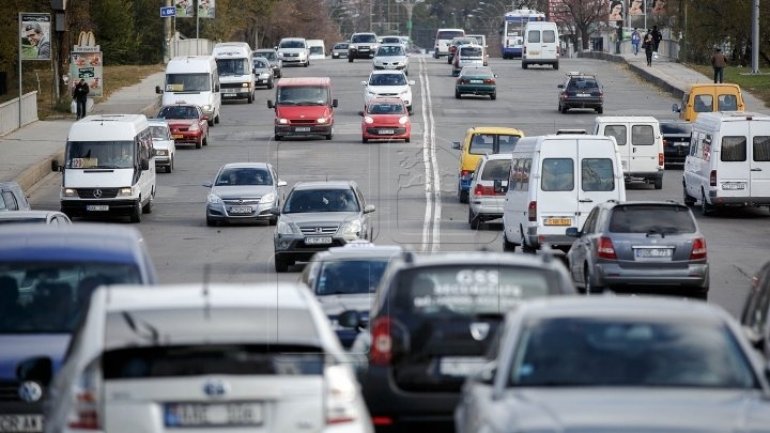 "InfoTrafic" Service has notified that so far no car accidents were registered, but an increase flow has been detected on the following streets: