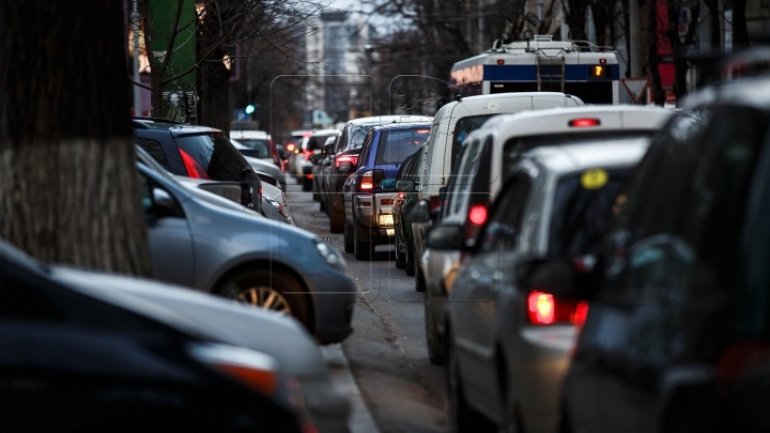 On Gh. Asachi Street, starting Docuceaev Street and up to Mitropolit Gurie Grosu Street the sewage system is being changed, therefore movement on one of the lines was ceased.

An accident has been registered at the intersection of Ștefan cel Mare Boulevard with Serghei Lazo Street. So far, no other car collisions has been reported.

- Dacia Boulevard to the intersection of Ciuflea – București Streets;

- The intersection of Calea Orheiului - Studenţilor Streets to the entrance in the Capital;

- Intersection between A.Russo Street with Dimo Street, toward Moscova Boulevard;