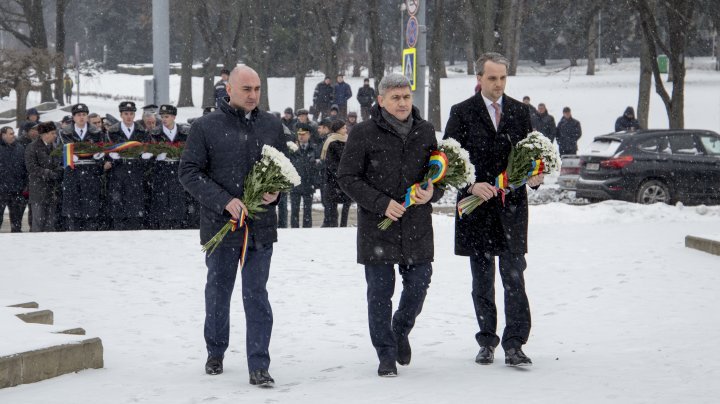 Leader of the Information and Security Service (SIS) with other officials participated in the memorial activities dedicated to war heroes in the battle for Moldova's independence.

The event started with the floral tributes on Stefan Cel Mare monument and followed with a march within the Eternitate Memorial Complex.

Activities dedicated to the Day of Remembrance continued at the the SIS headquarters.

Memories of honor and horrors were recalled by the heroes during the ceremony.

The participants honor the war heroes for Moldova's independence by a minute of silence.

The event ended with a mass memorial in honor of heroes in Nistru conflict.

The meeting was organized by the Bogdan, Founder of Moldavia National Institute of Information and Security with the former intelligence officers, participants of the 1992 war.