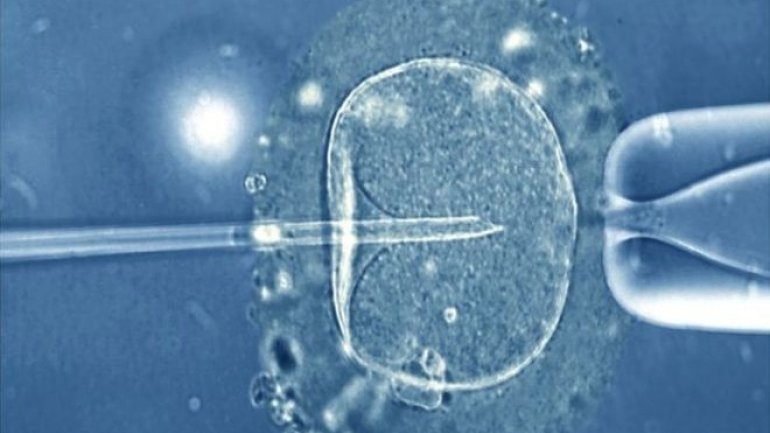 A baby has been born to a previously infertile couple in Ukraine using a new type of "three-person IVF".

The Times reports that doctors in Kiev used a method called pronuclear transfer in what is a world first.

It is not the first baby born with DNA from three parents, however.

The baby girl, born on 5 January, is thought to be the world's second "modern three-parent baby" - another child was created using a slightly different method in Mexico last year, informs BBC.

The Kiev team fertilised the mother's egg with her partner's sperm. They then transferred the combined genes into an egg taken from a donor.

The child has the genetic identity of the parents, alongside a tiny amount of DNA from the second woman.

Doctors developed three-person IVF to help women who are at risk of passing on serious genetic disorders, called mitochondrial disease, to have a healthy child.

The Nadiya clinic in Kiev used the technique to treat an infertile couple, not a couple carrying a mitochondrial disease.