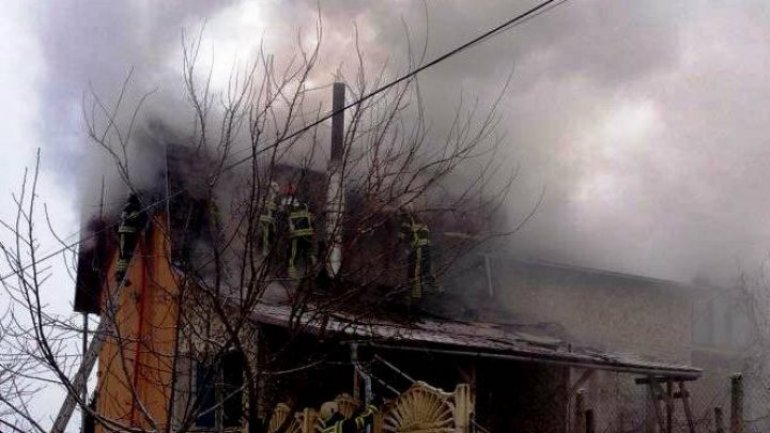 A sauna roof in Ratuș village, Criuleni district was engulfed in flames. The fire broke out in an annex of the dwelling where the bathroom was built.

Firefighters managed to extinguish the flames before they expanded. According to the owner of the house, the damage amounts up to 500,000 lei.

The fire was started in the the place a bathroom was being built. It was heated with a biomass boiler

The house lord says the heating system was installed according to all standards and had been checked before the construction.

"That biomass boiler was operated according to all standards. It's in operation only by human action", said the house owner, Mariana Zavton.

The firefighters located the fire within minutes and managed to put out the fire before it spread the whole house.

"We extinguished the fire in 20 minutes. The Criuleni District Inspectorate will identify the cause of incident", said the head of the Fire and Rescue Department of Râşcani, Oleg Grubleac.

There have been over 70 fires killing 8 people since the beginning of the year.