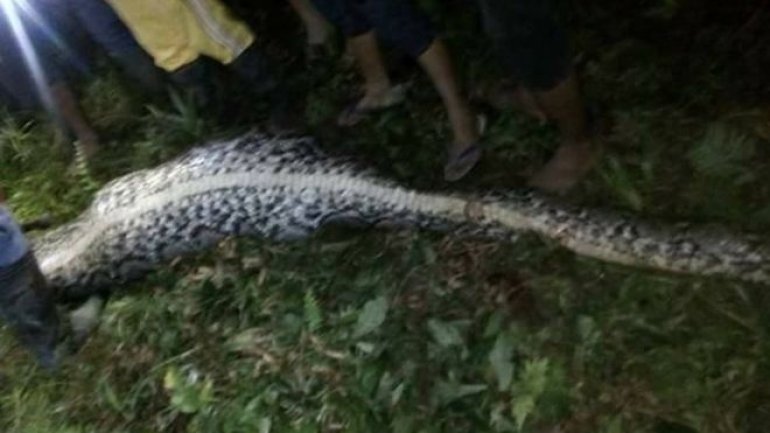 A missing Indonesian man was found dead inside the body of a python, according to local police, BBC reports.

Akbar went missing on Sunday on the island of Sulawesi, after leaving to harvest palm oil.

In the search for the 25-year-old, police told BBC Indonesian that they had found a huge snake they suspected had swallowed the man.

The reticulated python, reported to be 7m (23ft)-long, was cut open and the man's body was found.

Reticulated pythons are among the world's longest reptiles and suffocate their victims before swallowing them whole.

Pythons rarely kill and eat humans, although there are occasional reports of them swallowing young children or animals.