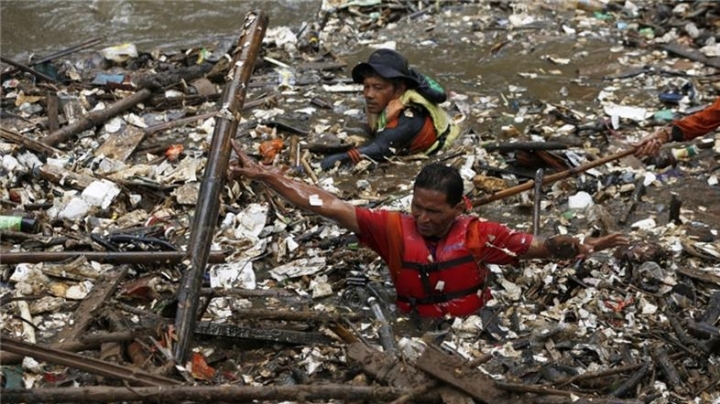 The Indonesian government has decided to impose a national tax on plastic carrier bags in the hope of reducing waste in the country's heavily polluted waters.

About 187 million tonnes of plastic waste is dumped into the country's waters, placing Indonesia - with a geographically scattered population of 250 million people - second to China.

Posing a significant threat to wildlife, both marine and terrestrial, plastics have clogged up important drainage channels in the Southeast Asian country, leading to severe flooding.

Bottles and food containers are among other plastics similarly posing a threat to marine and human life.