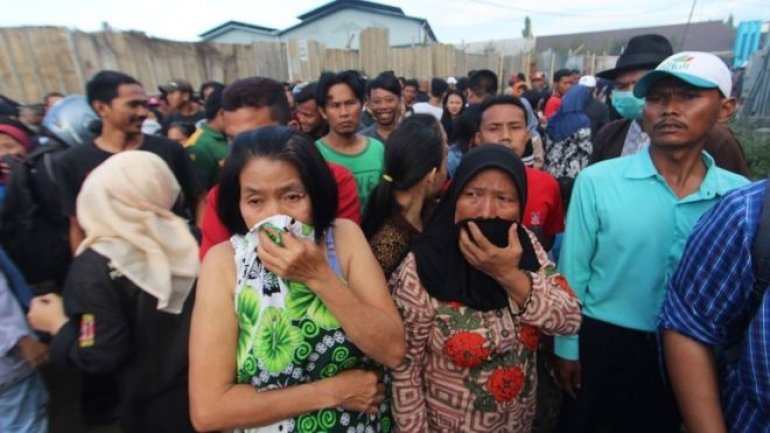 Two explosions and a fire at a fireworks factory on the western outskirts of Indonesia’s capital killed 47 people and injured dozens on Thursday, police said, and the death toll was expected to rise.

Thick plumes of dark smoke billowed from a factory warehouse in the Tangerang district, an industrial and manufacturing hub on the island of Java, TV broadcasts showed.

Hours later the burnt-out factory was still smoldering and there was a strong smell of burning plastic and chemicals.

Witnesses said there were two explosions, one at about 10 a.m. (0300 GMT) and another about three hours later, both of which could be heard miles away, media said.

A grisly video of the scene inside the warehouse, widely shared on social media, showed onlookers counting badly charred bodies.

“From the manifest we obtained, there were 103 workers. Of those 103 workers ... there were 46 who were injured,” Jakarta police spokesman Argo Yuwono told Metro Television. “We also found some who had died. There are 47 bodies.”

Yuwono said 10 people on the manifest unaccounted for may have left with light injuries or might not have been working at the time.

The online video and media images of the PT Panca Buana Cahaya Sukses warehouse showed smoldering ash and debris, with parts of the roof missing.

A search and rescue official, Deden Nurjaman, said bodies were still inside and he expected the death toll to climb.

“People were burned so badly you couldn’t see their faces... It was really bad,” he said.

Industrial safety standards in Indonesia are often poor and rules weakly enforced. There have been a series of major fires this year, including one that engulfed one of Jakarta’s main markets.