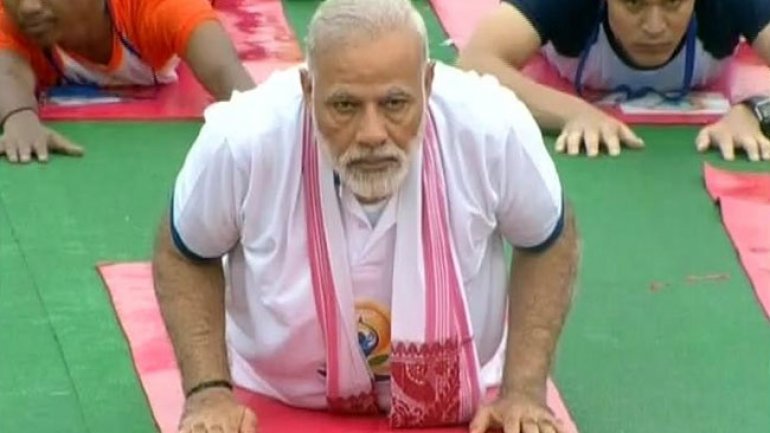 Yoga practitioners took a relaxing break to bend, twist and pose Wednesday morning for the annual event celebrating the practice, especially in the country where it began.

Indian Prime Minister Narendra Modi joined 50,000 students and other residents for a mass yoga session in the pouring rain in the northern city of Lucknow to mark International Yoga Day. Similar yoga displays were organized in villages, towns and cities across India and in many other countries.

The United Nations designated International Yoga Day in 2014. In Myanmar, people performed exercises near the Shwedagon pagoda, the landmark Buddhist stupa in Yangon.

The practice began in ancient India, and Modi has described yoga as free health insurance and exhorted people to make it a part of their daily lives.