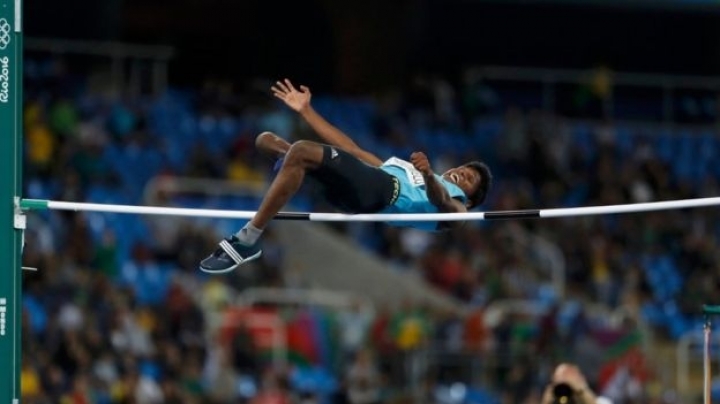 The high jumper showed perfect technique to bring India its first gold since 2004.

The athlete has received cash rewards from the government and praise from celebrities like legendary cricketer Sachin Tendulkar.

But the celebrations and rewards around Saturday's win pale in comparison to the adulation India showered on badminton player PV Sindhu and wrestler Sakshi Malik who won silver and bronze respectively at the Rio Olympics.

Speaking to the Indian Express, Thangavelu, who lost his right foot in a road accident when he was five, said he won the medal for his mother who had always supported him.

He said his mother motivated him to participate in sports and helped him retain his confidence whenever he didn't perform well.

"We were already poor, and she was the only earning member. The accident made my mother's life more difficult. She had to take care of a disabled son," he told the newspaper.

Thangavelu was joined on the podium by Varun Singh Bhati, who won a bronze medal for India in the same event.