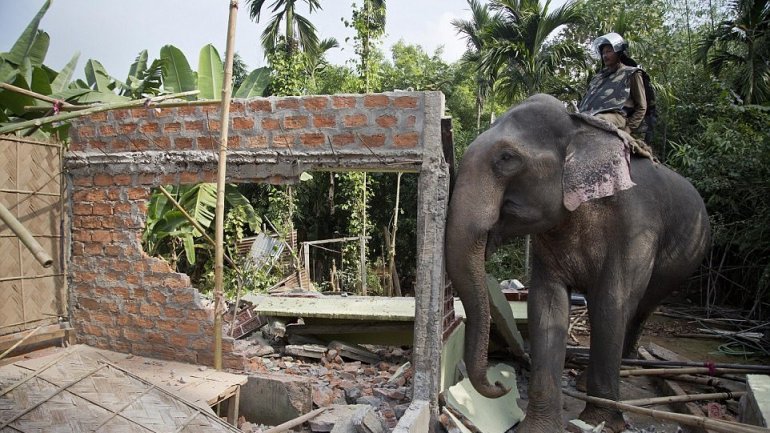 This week, police on elephants evicted hundreds of people from the protected forest area in the country's remote northeast.

The unauthorized settlements had been built in the elephants' natural habitat, and as a result the residents were forcing the pachyderms to leave in search of food.

Authorities are planning to demolish about 1,000 bamboo and tin huts, and work started on Monday.

Police used bulldozers and the elephants in a show of force, and the forest dwellers responded by hurling rocks.

It is not known what will happen to the residents or if the government will provide any aid or new homes for them.

There have been many incidents in which wild elephants have entered villages, destroying crops and even killing people.

Nath said the police action followed a court order to clear the forest of illegal encroachment by Thursday.

The eviction drive is being carried out by wildlife wardens, with police providing protection against possible attacks by angry residents.