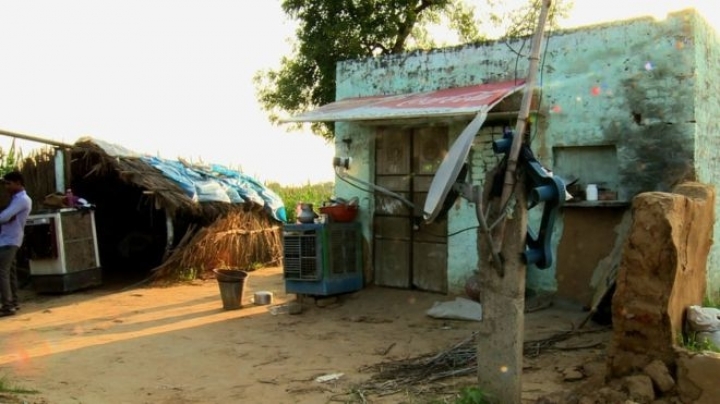 An Indian woman has alleged she was gang raped in northern Haryana state, after her attackers accused her of eating beef because she was Muslim, reports BBC.

The woman, 20, told the BBC that four men brutally raped her and her 14-year-old cousin two weeks ago, even though they had denied consuming beef.

She said the men also beat her uncle and aunt to death in their home in Mewat, a Muslim dominated district.

The suspects have been arrested and charged with rape and murder.

Although the alleged rape took place two weeks ago, news of the incident has only just come out.

"They said that we ate cow meat and that is why we were being disgraced [raped]. They even threatened to kill me and my family if we ever told anybody what happened to us" the woman told BBC Urdu.

Many Hindus consider cows sacred and the slaughter of the animal is banned in several states, including Haryana.

Mewat district, located 100km from the Indian capital Delhi, recently made headlines after a senior official told reporters that police would check dishes of mutton biryani to ensure they do not contain beef.

Some were of the opinion that the attack was planned to create a rift between the Hindu and Muslim communities.

"We have never had any religious tensions here since independence. People [Hindus and Muslims] have always lived in peace in this area. It's possible that this incident was planned to create religious tensions in the area," Abid Khan, a member of the Mewat Bar Association, said.

However the district has seen communal riots in the past.

Haryana state's ruling Bharatiya Janata Party (BJP) has dismissed the theories that the women were raped with a view to creating religious tensions in the area.

"This is not about Hindus or Muslims. The people who are responsible for this incident will be punished and it doesn't matter which community they belong to," BJP leader Chaudhary Aurangzeb told reporters.

Rape and gender crimes have been in the spotlight in India in recent years after the brutal gang rape and murder of a student in 2012 in Delhi.

In response, tough new anti-rape laws were introduced in the country.

However, brutal sexual attacks against women and children continue to be reported across the country.