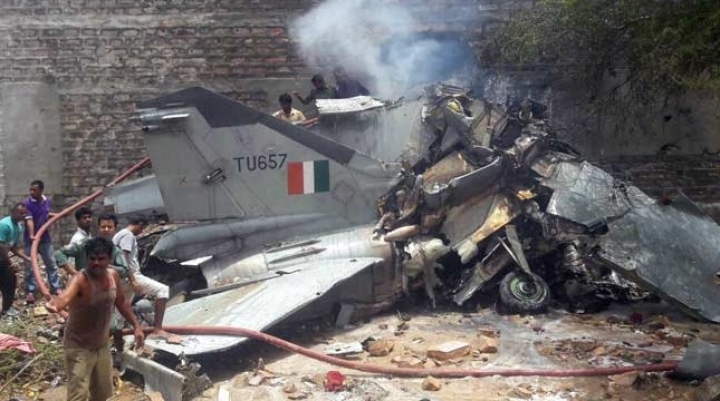 A MiG-27 aircraft of the Indian Air Force (IAF) crashed into a building in Rajasthan's Jodhpur today. Both pilots ejected safely.

At least two people have been injured.

The crash occurred near the Jodhpur air base while the fighter jet was on a routine sortie.

The Air Force has ordered a court of inquiry into the incident, reported news agency ANI.

The MiG-27s are one of the oldest aircraft of Indian Air Force and will be phased out soon.

Last year, Air Chief Marshal Arup Raha said that all MIG-27s which have not been upgraded will be phased out in the next couple of years after the introduction of Rafale jets and the indigenously-built Light Combat Aircraft 'Tejas'.

The Soviet-designed MiG-27 fighter jets, referred to as 'Bahadur' (brave) in Air Force, have been produced in India under license since 1986.