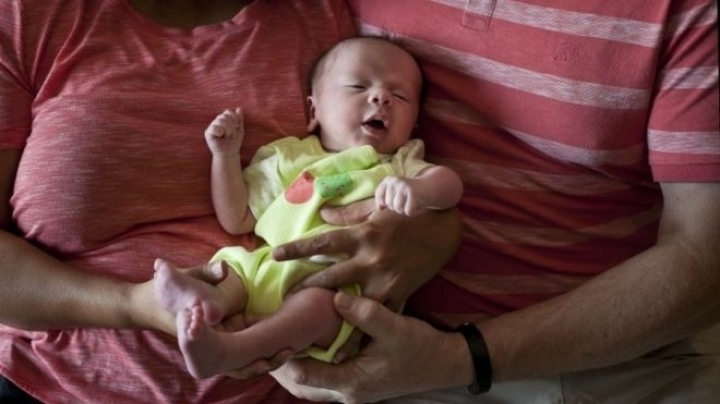 The Indian government has unveiled a draft law which would ban commercial surrogacy, reports BBC.

If approved by parliament, the law will also ban people who do not hold an Indian passport, as well as Indian single parents and gay people, from having children through surrogacy.

Infertile couples would be able to seek a surrogate, which must be a relative.

Infertility groups have criticised the proposed law, saying it could lead to an illegal industry.

India is called the "surrogacy hub" of the world, where infertile couples, including many from overseas, pay local women to carry their embryos through to birth.

The industry is estimated to be worth more than $1bn a year. But there have been growing concerns over the unregulated business.

Foreign Minister Sushma Swaraj told reporters that under the proposed law, only local infertile couples, married for at least five years, would be able to seek a surrogate, who must be a close relative

Many have criticised the move, saying couples desperate to have children would be left with few options. 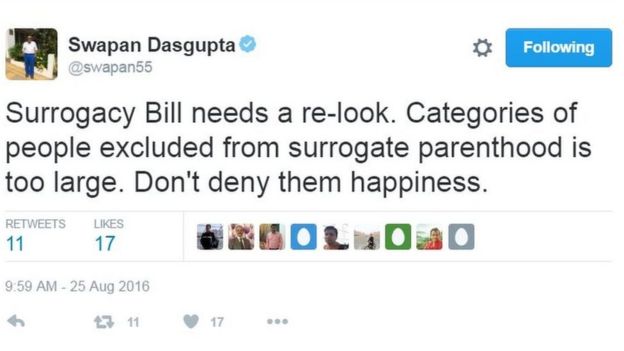 Some have criticised the draft law, saying it takes away the rights of women. 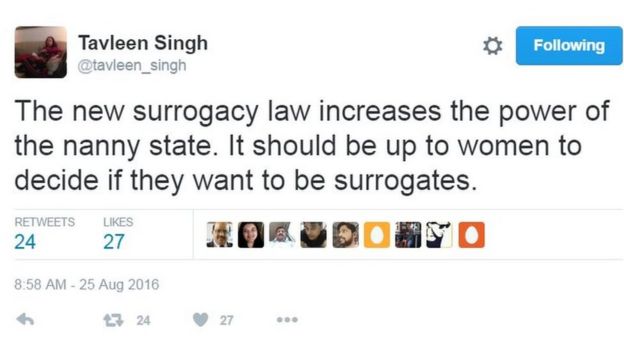 Others said the law discriminated against gay people. 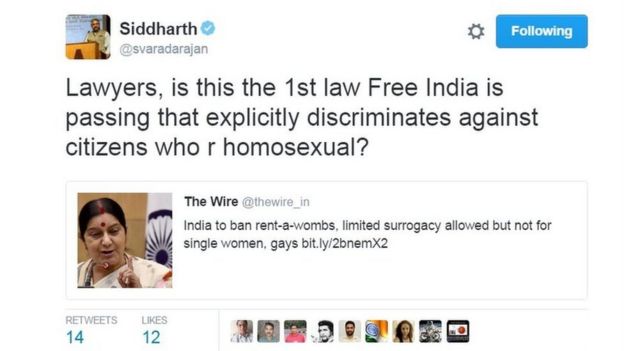 India has one-third of the world's poorest people. Critics argue that poverty is a major factor driving women to become surrogate mothers in exchange for money.