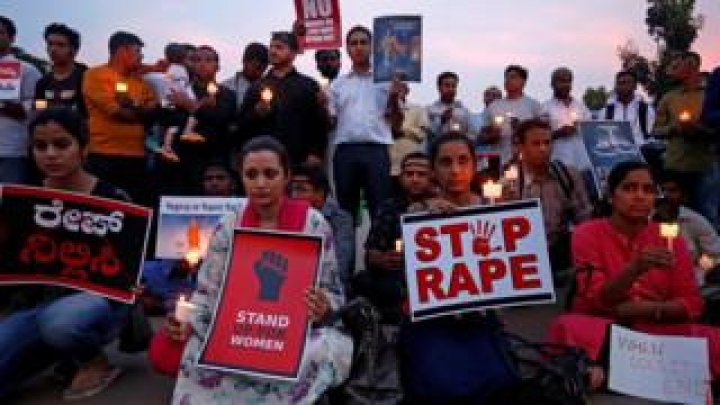 Even as the nation reels under the aftermath of the Kathua gangrape, another horrific gangrape has come to light. A 16-year-old girl was gang raped and subsequently burnt to death in front of her family members in Jharkhand's Chatra district on Friday, writes India Today.

What's worse is that a relative claimed that as punishment for the rape, the village panchayat told the accused to do 100 sit-ups and pay the victim's family Rs 50,000, reported ANI news agency

"Panchayat said that settle the matter by making accused do 100 sit ups and paying the victim's family Rs. 50,000," the relative said.

News agency ANI reported that 14 people have been arrested in the case.

According to local media reports, the girl was abducted by four youths from near her house and raped. The family members had gone to attend a marriage.

The incident took place in Rajakendua village under Itkhori police station in Chatra district -- around 160 km from the state capital of Ranchi.

The issue was raised in the village Panchayat on Friday morning. The Panchayat asked the accused to pay Rs 50,000 to the victim to settle the matter.

Enraged over the Panchayat diktat, the four accused went to the girl's house and thrashed her family members and burnt her to death. The family members have filed a case at the Itkhori police station.

The four youths have been named as accused in the case and a manhunt has been launched to nab them.

In another rape incident in Palamau district, the village Panchayat asked the rape accused to pay Rs 15,000 to settle the issue.

The victim returned home on Thursday and informed her family members. The issue was taken to the village Panchayat which asked the maternal uncle to pay the fine.