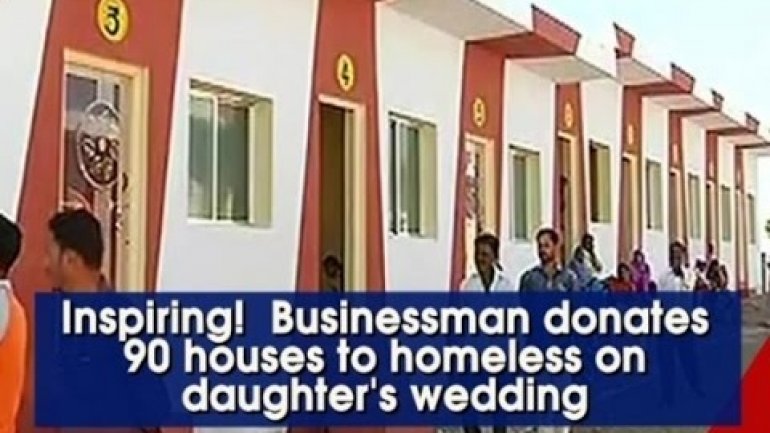 A rich businessman in India has donated 90 houses to homeless people instead of splashing out on his daughter’s wedding, Independent informs.

Ajay Munot, a wealthy wholesale trader of cloth and wheat in the Aurangabad district of eastern India, had planned to spend Rs 70-80 lakh — the equivalent of more than £93,000 — on a lavish wedding for his daughter.

But instead, Mr Munot decided to instead spend the money on helping the region's poor.

The businessman constructed 90 houses on two acres of land and carefully selected who would reside in them, according to the Free Press Journal.

He reportedly set three criteria to distinguish who was eligible: they needed to be poor, live in a slum and not suffer from an addiction.

Each home is 12 by 20 square foot, has two windows and two doors and is fitted with lights.

Mr Munot's newly-wedded daughter, Shreya, said she fully supported her father’s decision, and after her wedding, she and her new husband reportedly handed over the keys to the homeless people.