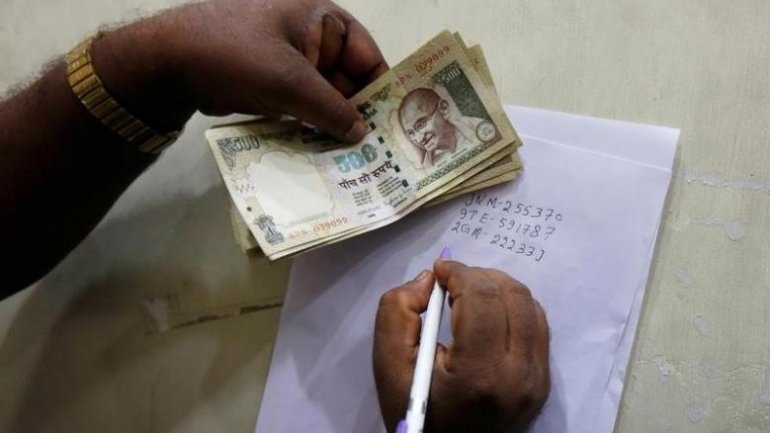 Indian banks received 3 trillion rupees ($44.4 billion) of 500- and 1,000-rupee notes over the last four days, the Finance Ministry said on Sunday, after the government announced it would withdraw such bills to crack down on corruption, reports Reuters.

The government also relaxed cash withdrawal limits including removing a per-day cap of 10,000 rupees, increasing the weekly limit to 24,000 rupees from 20,000 and allowed exchange of bills over the counter at banks to reach 4,500 rupees instead of 4,000.

From automated teller machines, individuals will now be able to take out up to 2,500 rupees of cash per day instead of 2,000 rupees per day, the ministry said in a statement.

These relaxations came as public anger increased due to a lack of access to accounts, as well as over the non-functioning of ATMs not yet reconfigured for the new series of smaller 2,000-rupee bills.