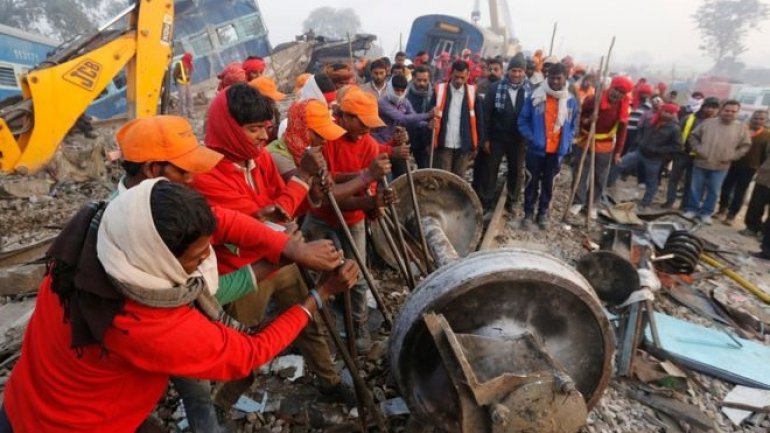 Rescue workers have called off the search for survivors in the wreckage of the train that derailed in India's northern Uttar Pradesh state, according to BBC.

At least 142 people died when the Indore-Patna Express came off the rails at 03:00 local time on Sunday (21:30 GMT Saturday), near the city of Kanpur.

The railway ministry has listed 180 of the more than 200 people injured.

The cause of the crash is unknown, but some reports point to a fractured rail.

Not all of the victims have been identified yet, leaving relatives to search for missing family members at nearby hospitals and at the crash site. At least 58 people are said to be in critical condition.

Train accidents are fairly common in India, where much of the rail infrastructure and rolling stock is out of date, but Sunday's crash was the deadliest in 14 years.