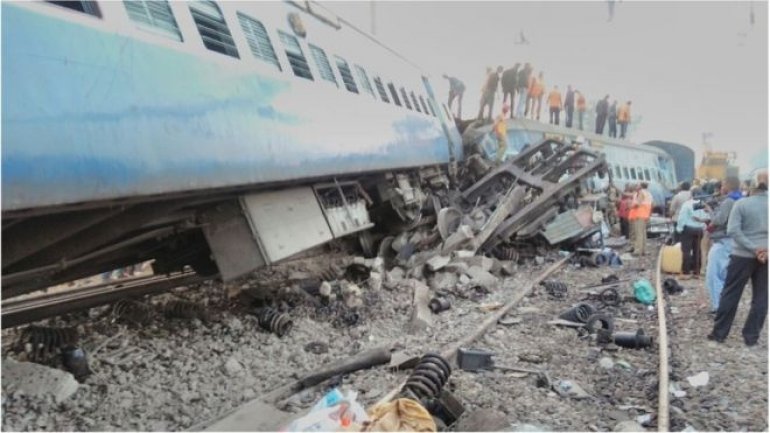 At least 36 people have been killed and many others injured after a train derailed in the Indian state of Andhra Pradesh, officials say.

Nine coaches and the engine left the tracks near Kuneru station in Vizianagaram district, the head of East Coast Railway, JP Mishra, said.

Many people are still trapped in the wreckage and rescuers warn that the death toll could rise.

It is not yet clear what caused the train to derail.

The area where the accident occurred is known as a Maoist hotbed, informs BBC.

Mr Mishra said the injured had been taken to two nearby hospitals.

The crash happened on Saturday evening as the train was on its way from Jagdalpur to Bhubaneswar, the capital of Odisha state.

Train accidents are not unusual in India where much of the railway equipment is out of date.

Last November, more than 140 people were killed in a derailment in India's northern Uttar Pradesh state. In March 2015 another accident in Uttar Pradesh killed 39 people and injured 150.