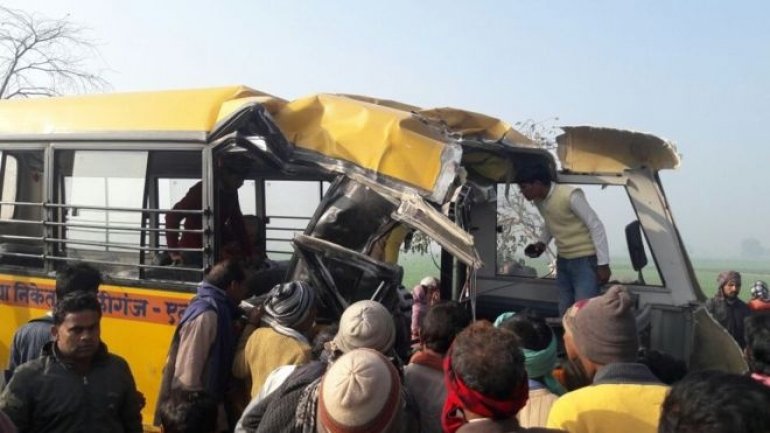 At least 15 Indian children have been killed and 45 others injured after a school bus they were travelling in collided with a truck in the northern state of Uttar Pradesh, BBC reports.

The crash happened on Thursday morning in Etah, around 265km (164 miles) from the state's capital, Lucknow.

A senior police officer told the BBC that 14 students "were in a critical condition".

Prime Minister Narendra Modi said he was "anguished by the tragic accident".

Police spokesperson Rahul Srivastava said the exact cause of the accident was yet to be ascertained.