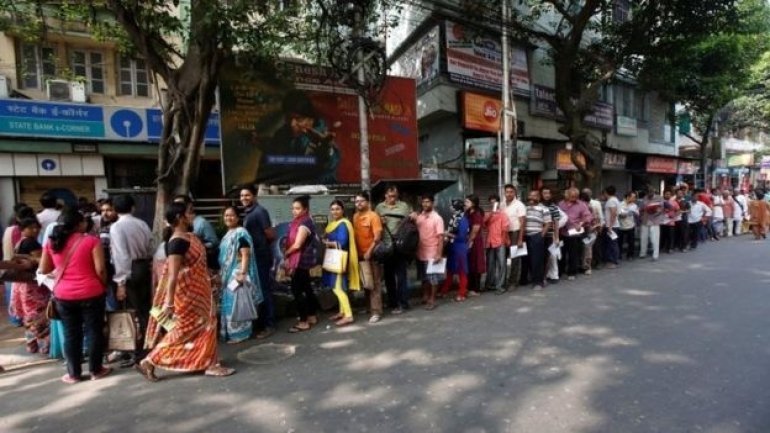 Long queues continue outside banks and several ATMs have run out of cash in India, three days after 500 ($7) and 1,000 rupee notes were withdrawn as part of anti-corruption measures, BBC reports.

The BBC visited many ATMs of big banks in Delhi and Mumbai but found them either shut or not dispensing cash.

ATMs opened at midnight after being shut for 48 hours and hundreds queued up early morning to make withdrawals.

The surprise government move is aimed at tackling corruption and tax evasion.

But many low-income Indians, traders and ordinary savers who rely on the cash economy have been badly hit.

There are limits on cash withdrawals from ATMs and banks.