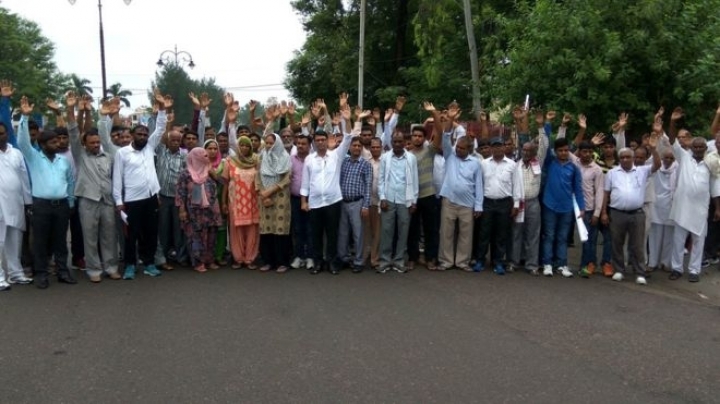 There has been outrage in India after a student was allegedly gang-raped by five men who had also raped her three years ago, reports BBC.

Police are yet to make any arrests although the 21-year-old was attacked last week in Rohtak town in the northern state of Haryana.

She had been pursuing a case in court against the five men, when she was attacked on Wednesday.

The woman said she was forced inside a car and the men tried to strangle her.

She was seriously injured and left for dead in the bushes. A passerby saw her and took her to the hospital.

The woman was first assaulted in 2013 in Bhiwani town.

Her family has alleged that they had moved to Rohtak after they were threatened by the accused who have been out on bail.

"I was leaving the college when I saw them. They were the same five men. I was very afraid. They forced me inside the car. They tried to strangulate me. They said they would kill my father and brother," the woman, who is from a poor low-caste Dalit (formerly known as untouchables) family, told a television channel.

"I have no idea where they took me. My attackers were the same five men," she said.

Her family has alleged that the attackers had been putting pressure on them to settle the case and were punishing the woman for pursuing it in court.

A local police official Garima told reporters that they had registered a complaint and a team had been sent to Bhiwani to look for the accused men.

Meanwhile, angry protests have been held in Rohtak, demanding immediate arrest of the accused men.

Rape and gender crimes have been in the spotlight in India in recent years after the brutal gang rape and murder of a student in 2012 in Delhi.

In response, tough new anti-rape laws were introduced in the country.

However, brutal sexual attacks against women and children continue to be reported across the country .