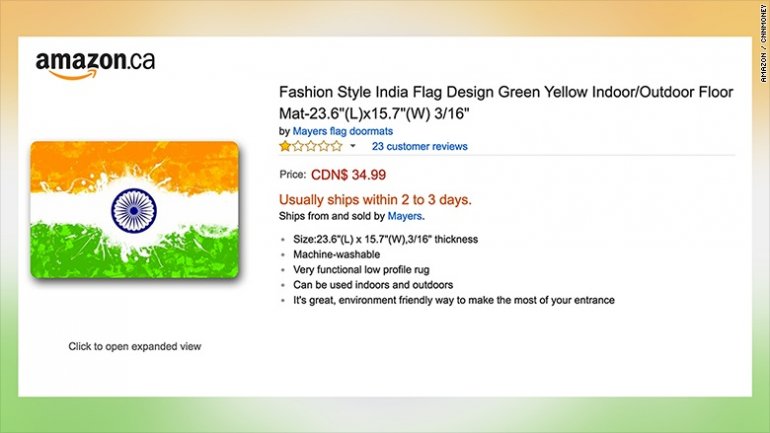 External Affairs Minister Sushma Swaraj warned in a Twitter message on Wednesday that she could deny Indian visas to Amazon employees if the company did not apologize and "withdraw all products insulting our national flag immediately."

"If this is not done forthwith, we will not grant an Indian visa to any Amazon official. We will also rescind the visas issued earlier," Swaraj tweeted.

India is not the only country whose flag was featured on a doormat, which were sold by a third party on the website. Amazon sells similar mats showing flags of the U.S., U.K., Canada and other countries.

Read more at the Associated Press.