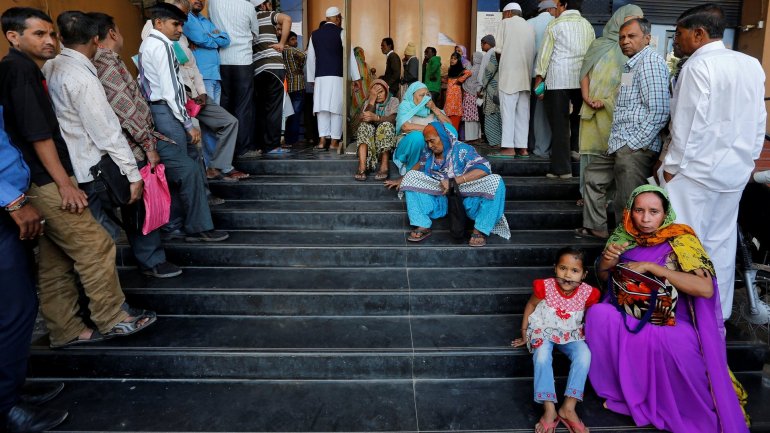 India’s rupee recall appears to have had “a massive impact” on the country’s human trafficking industry, according to advocacy and rescue groups, with some reporting reductions of up to 90% in the number of women and girls being admitted to their shelters, informs The Guardian.

But other activists said the illegal trade was already rebounding, and that the financial strain of demonetization on poor communities was pushing new, younger girls into sex work, and forcing women already in the industry to work for credit or for free.

The decision, which voided 86% of the currency in circulation in India and has left the country’s informal economy reeling, was justified partly on the basis that it would deprive criminal groups, including traffickers, of their cash stockpiles. But Indians too have been deprived of cash, limited to withdrawals of 2,500 rupees (£30) a day and stymied by long lines at ATMs and outside banks.

Demonetization complicated every point in the human trafficking supply chain, starting with a “drastic reduction in the number of sex buyers”, said Sunita Krishnan, the co-founder of Prajwala, a Hyderabad-based NGO that rescues victims of sex slavery.

There are 18 million people living in slavery in India, according to the 2016 Global Slavery Index, with about 135,000 children believed to be trafficked in the country every year.