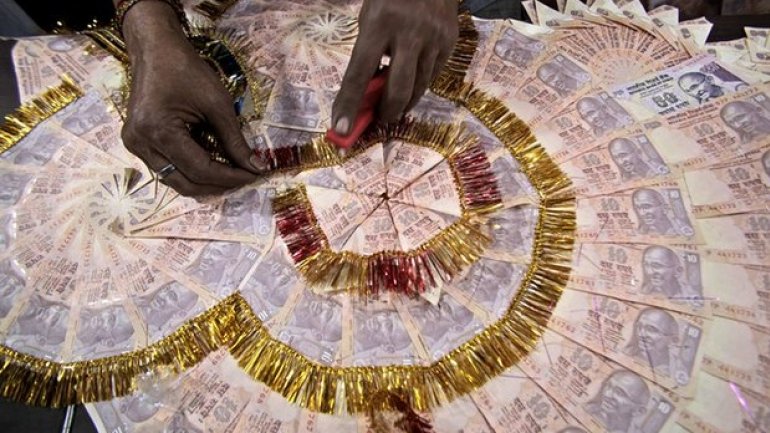 India’s central bank has said people can withdraw up to 250,000 rupees (£2,900) for wedding-related expenses, provided they submit adequate proof and the wedding is on or before 30 December, reports The Guardian.

The cash withdrawals would be allowed out of the account balance as its stood on close of business on 8 November, the Reserve Bank of India (RBI) said in a statement on Monday.

On 8 November, Narendra Modi abruptly abolished 500 and 1,000 rupee notes, which accounted for 86% of cash in circulation. The move was aimed at cracking down on the shadow economy but has brought India’s cash economy to a virtual standstill.

The prime minister’s decision to withdraw the high-value bills in the middle of the wedding and seed-sowing season has drawn widespread criticism from Indians forced to queue at banks to exchange bills or without cash to pay for goods and services.

The RBI said the wedding withdrawals could be made by either of the parents or the people getting married after submitting an application. People looking to withdraw must submit evidence of the wedding, including the invitation card, copies of receipts for advance payments and a detailed list of people who would receive the cash.

The RBI also said it would allow farmers to withdraw cash up to 25,000 rupees a week from their loan or deposit accounts subject to their accounts.