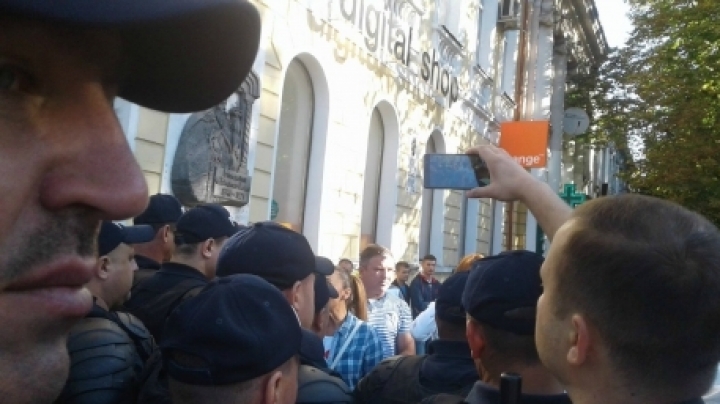 The conclusion belongs to sociology and political science experts who participated last night at the "Replica" show on Prime TV channel.

They qualified violent police action against protesters as justified since NATO countries also participated at the military parade.

"First, it would be perfect to have a power that does not need fences when governing. But at the same time, we must not forget about what happened yesterday, booing during the national anthem. To me, however, these things seem to represent a minority, because most people wanted to attend the event. And for those who have criticized what the authorities have done yesterday, I wondered what other alternatives were to prevent the chaos for when they saw the party members and started violence" , said sociologist Doru Petruti.

"We had foreign guests, foreign soldiers, not anyone could come out to block. The representatives of NATO countries were guests. Therefore I find the security measures quite thoughtful and can be explained" , said political scientist Alexandru Solcan.

"The "Our Party", "Dignity and Truth" parties became a grimace to the world, with the lately evidence and revelations that we have. Why these parties promotes force and victory at any cost? On another hand, education comes from certain cultural aspects, like Brigade movies where the protagonists are heroes of the underworld", said the journalist, Valeriu Renita.

"The common element for this type of electorate represents - education. Especially people with only school education or less", added sociologist Doru Petruti.

"These are some events that will definitely cause damage. Viewers probably know this but he have to say that they do not behave according to the reason", said political analyst Vitalie Catana.