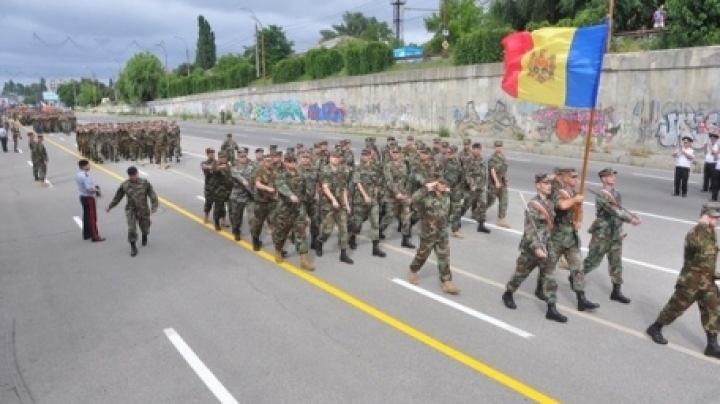 Independance Day Parade rehearsals continue in Chisinau. Moldovan soldiers have walked today under the bridge in the Telecentru region of the city.

For the first time this year, both men and women will participate, which will be the first experience of this kind.

The commander watches everything that happens, including the evolution of women.

Women repeat everything men do.

The flag bearer Tudor Minciuna has participated in several military parades in the country and abroad, including in Romania.

The army chief will lead the military parade in a jeep, and sergeant Sergiu Popa will be behing the wheel. Five years ago he drove an armored car at the Independance Day.

In total, over two thousand soldiers will attend the parade. Next week a group of foreign troops will join our soldiers.