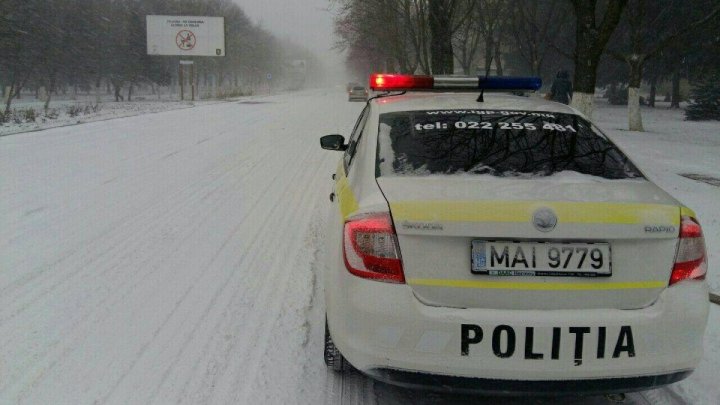 More teams of the National Patrol Inspectorate and carabinier troops will be active this night on the roads in the country.

"At present we have two blocked villages in Cantemir and a village in Căuşeni, Leuntea.

"Electricity disconnections have not been registered. We have proposed a series of measures for this night.

"Additionally, more patrol groups will work on the roads in the country, particularly in Căuşeni, Ştefan Vodă, Palanca", said Mihai Harabagiu, Head of the Civil Protection and Emergency Situations Service of the MIA.

Moreover, according to preliminary information, customs posts are operating.

Snow removal teams are working in the territories.

Up to now there are no traffic jams in customs posts.

Thus, about 20 tonnes of salt were scattered and 490 workers were involved.

Emphasis has been placed on the main streets of the country as well as on roads leading to hospitals, schools and other public institutions.