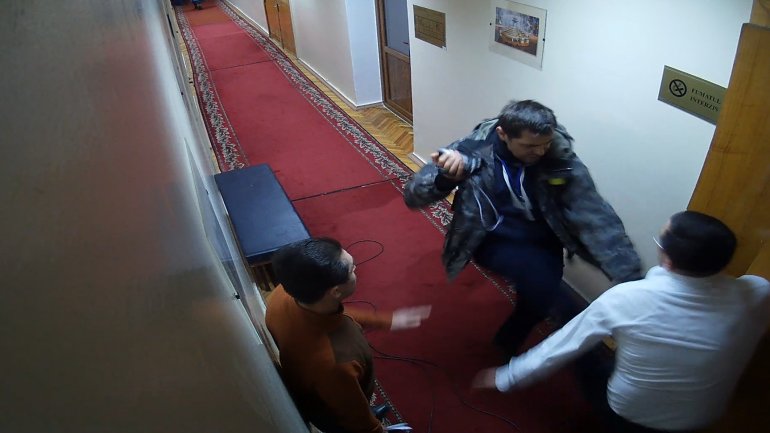 Civic activist Ghenadie Brega, who introduced himself as an employee of a newspaper from Chisinau, hit the deputy chief of Center sector Vasile Uratu.

According to the Chisinau City Hall, the incident occurred on the premises of the administrative hall and the deputy chief ended with a broken finger.

On the other hand, Ghenadie Brega has a different version.

"I want to announce media representatives that I went to Centre sector administrative hall to ask for a comment about this death threat. The chief wasn't in his office, I tried to talk to the deputy chief, but he threw me out of the office. Then he acted like a jerk, sent me to broom. I went to the other deputy chief, but the man who is considering himself deputy chief ran after me and kicked me in the back. I called the police and made a complain. Now I have to get treated" said the civic activist Ghenadie Brega.