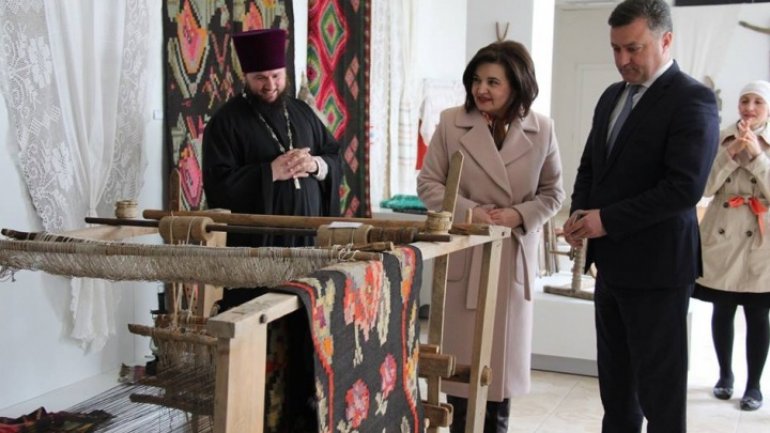 In Nisporeni were reborn authentic folklore and old Easter traditions. Today here unfolded  the Festival of the Easter Song, to which participated tens of popular ensembles. Monica Babuc, the minister of Culture, and Vasile Bîtca, the minister of Regional Dvelopment and Constructions were present at the event.

The people say it is a soul event:

"A soul holiday, which reminds us about our popular traditions, about our roots where we have our beginning".

"The choirs were well prepared, they try through different ways to show us what was in the past, we enjoy this".

The History and Ethnography Museum was inaugurated within the festival.

"We assist to a renaissance of the nisporenean museum. We’re sure that the history Museum from Nisporeni will have a long life opened in the third day of Easter ", declared the minister of Culture.

"The museum was previously located in a sector where it was visited by less inhabitants of district Nisporeni, but today together with the local public administration. We decided to bring it here in this Center of Culture and Youth”, specified the minister of Regional Development.

An old loom is also exposed among the valuable units of the museum:

"Loom This unit was previously called loom and I know all the procedure, because I also involved. Right from the start, since all the thread is set for coloring, De la bun început, chiar de când se pune toată aţa la vopsit, at the teaselling of the wool. I knew the name of each object of which all this natra is composed and I worked together with my mother".

"It’s beautiful. Even this sieve, it’s for the first time that I see it. I’ve seen here very very old things. It’s good that such museums open, we see what once was. "