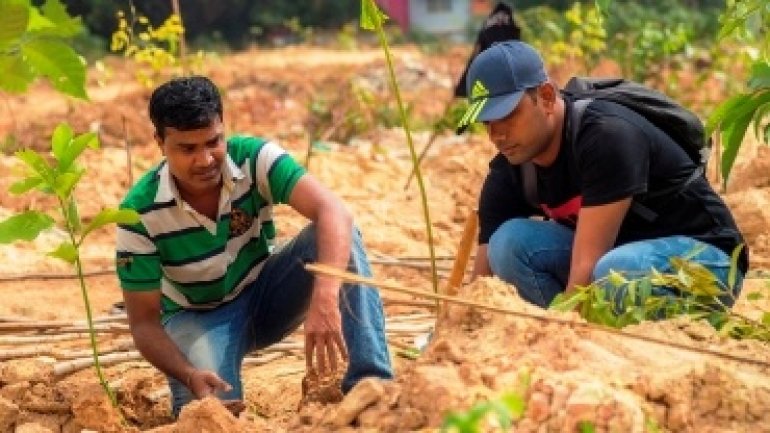 Volunteers in India planted more than 66 million trees in just 12 hours in a record-breaking environmental drive.

About 1.5 million people were involved in the huge plantation campaign, in which saplings were placed along the Narmada river in the central state of Madhya Pradesh throughout Sunday.

India committed under the Paris agreement to increasing its forests by 95 million hectares before 2030 to combat climate change.

Last year volunteers in Uttar Pradesh state set a world record by planting more than 50 million trees in one day.