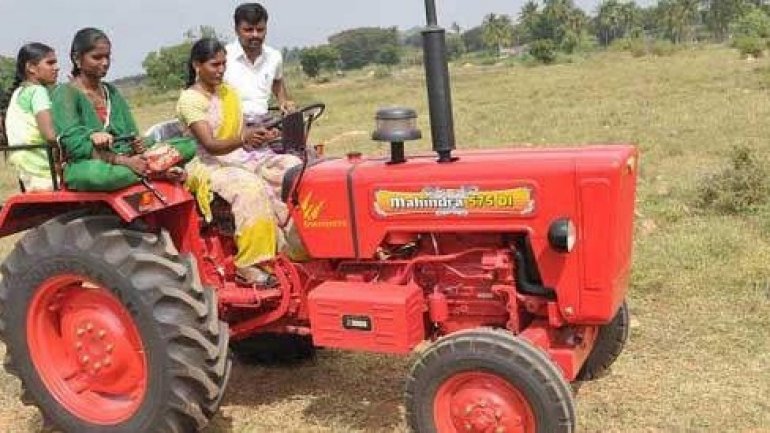 An Uber-like smartphone app has been launched in India, aimed at making it easier for farmers to hire tractors.

Many small-scale farmers are unable to buy their own and often have to rent them at high rates.

Now, vehicle-maker Mahindra and Mahindra has launched an app called Trringo offering hourly rental for between 400 and 700 rupees ($6; £5).

The service will also be available via a call centre - important as much of rural India does not have net access.

The service has been so far been rolled out in the state of Karnataka and will be available in others, including Gujarat, Madhya Pradesh and Maharashtra, soon.

Requested tractors and a driver will be sent to farmers via 20 hubs across Karnataka.