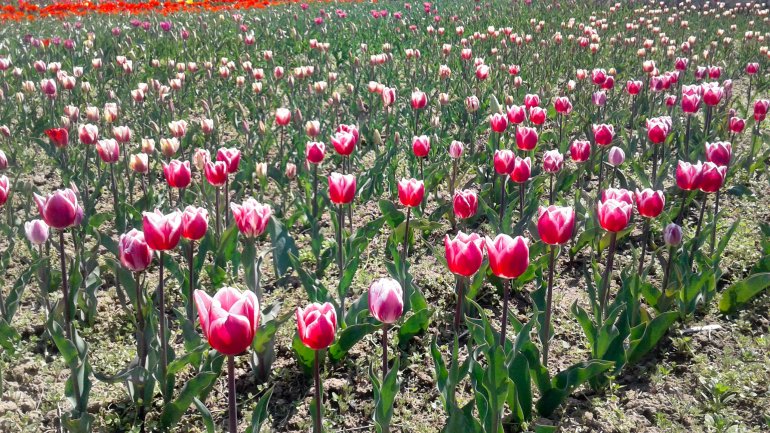 Holland tulips have moved to Moldova. Tens of thousands of flowers grow near the Bardar village, Ialoveni district.

The flower paradise is being taken care by Luchita family for over three decades. The family is known among florists not only for growing tulips but also other spring flowers.

Over two hectares of area is being covered by over 30 species of flowers with an impressive variety of shapes and colors.

The first tulip bulbs has been bought by Vasile Luchita the early 80s at a market in the Netherlands. Subsequently he began to import bulbs and seeds from several European countries. Currently, there are about 50 species grown tulips.

The plantation is the main source of income for the family.