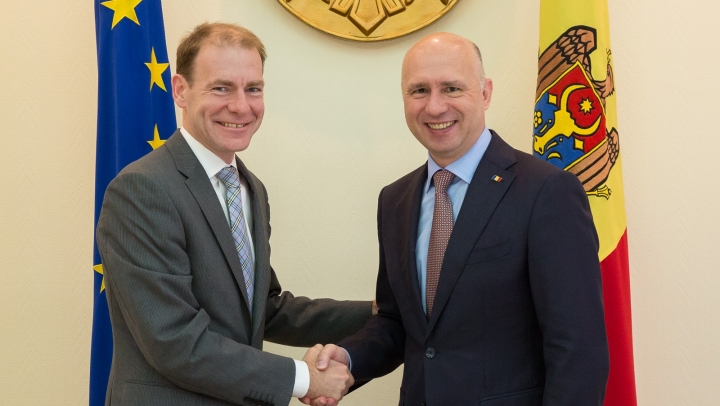 During the discussion, the premier has renewed the Government’s decision to have a new Agreement with IMF.

In this context, the prime-minister has mentioned that the set of draft laws regarding consolidation of regulation and independence of MNB (Moldova National Bank) and FMNC (Financial Market National Committee) is promoted and will be implemented in parallel with the judiciary reform and with the anti-corruption measures appliance and business support.

At the same time, IMF Executive Director has welcomed the reforms promoted by the Government in the banking field, the efforts of reforming the justice and anti-corruption measures, expressing his confidence that these sets of laws will be adopted in the shortest period of time.

Pavel Filip has given assurance that the authorities will do everything in order to carry out the reforms in the key-fields, established together with IMF experts.