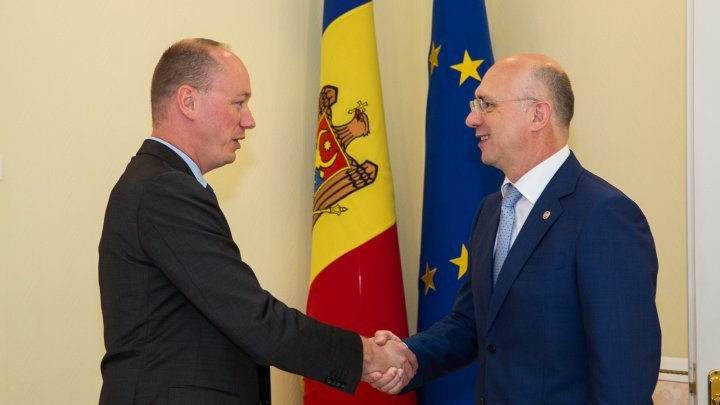 International Monetary Fund (IMF) Executive Director says he does not see any problem in the fact that the European Parliament (EP) called on the European Commission to halt the allocation of Moldova's macro-financial assistance. Anthony De Lannoy says the EP resolution comes in a context of economic growth in the country, with tax revenues and bank reserves above expectations, writes ziarulnational.md.

"I believe that the Moldovan authorities are right when they say that they can do without the European Union money: budget breakdowns are relatively high, just like the foreign reserves of the National Bank of Moldova. So, I do not see problems in the near future. I will not comment on the EU's decision to temporarily stop paying because this decision is based on political conditionality. As for the IMF, it will never put political conditionality because we consider it important to focus on economic issues, "said Anthony De Lannoy in an interview with the Național Newspaper.

"The important thing is to emphasize that EU has not canceled support for Moldova, they have clearly stated that they need more information about the court decision on local elections. They just suspended temporarily the fund allocation until they clarify things", said the IMF official.

Anthony De Lannoy, who is also in charge of the Republic of Moldova within the IMF board, is in Chisinau to discuss with the authorities about the actions before and after the parliamentary elections. He has appreciated how the government of Chisinau has understood to implement the program with the IMF, saying it is "over-performance".

We remind that Anthony De Lannoy had a meeting with Prime Minister Pavel Filip. The Executive Director of the International Monetary Fund thanked the authorities of the Republic of Moldova for their good cooperation, encouraging them to continue the reforms. The official noted that the IMF is an economic and not a political organization and appreciates our country after the recorded results.