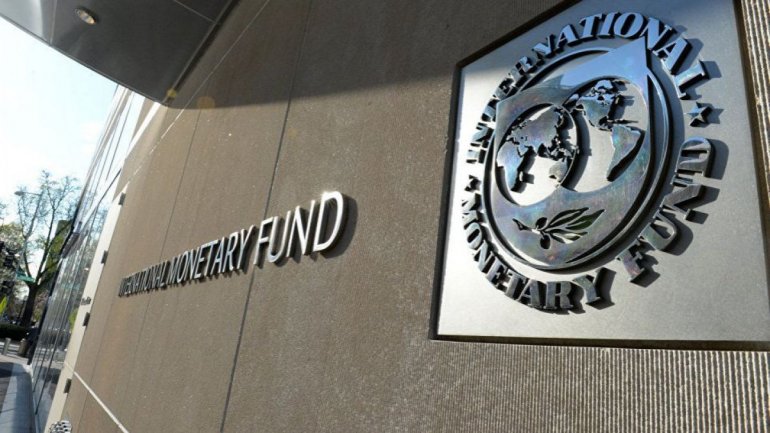 On November 7, 2016 the Executive Board of the International Monetary Fund (IMF) approved three-year arrangements under the Extended Fund Facility (EFF) and the Extended Credit Facility (ECF) with the Republic of Moldova to support the country’s economic and financial reform program. The cumulative access under the arrangements is SDR 129.4 million (about US$178.7 million, or 75 percent of the Republic of Moldova’s quota).

An amount equivalent to SDR 26 million (about US$35.9 million) will be made available to the Moldovan authorities immediately following the approval of the arrangements. The remaining amount will be phased in over the duration of the program, subject to five semi-annual program reviews.

“The Moldovan authorities have developed a comprehensive program—to be supported by a three-year arrangement under the Extended Fund Facility and the Extended Credit Facility—to strengthen the economy and address key vulnerabilities. The program aims at reinforcing the recent economic stabilization and advancing a broad structural reform agenda, particularly in the financial sector. Strong commitment to sound policies and a significant improvement in economic governance will be crucial to raising long-term growth prospects.

“Significant upfront progress has been made in enhancing the resilience of the banking sector and address weaknesses that gave rise to the 2014 crisis. Following the recent strengthening of the legal and regulatory frameworks, efforts should now focus on effective implementation and timely enforcement actions to end supervisory forbearance in the face of shareholder or manager misconduct. An effective and independent court system and central bank will be critical to support these efforts.

“Fiscal policy has been recently constrained by falling revenues and tight financing. The 2016 budget deficit is set to widen modestly to support the nascent recovery, as debt remains sustainable despite the high fiscal cost of the banking crisis. Fiscal policy will need to be anchored in a sound medium-term framework and supported by measures to strengthen the revenue base and prioritize social and infrastructure spending.

“Monetary policy has been appropriate, geared toward maintaining low inflation in the context of a flexible exchange system. Since late 2015, inflationary pressures have significantly abated, allowing the National Bank of Moldova to loosen its tight monetary policy stance. Swift rehabilitation of the banking sector will be instrumental in unlocking healthy credit growth to productive sectors.

“Structural reforms along priorities defined in the National Developmental Strategy will improve competitiveness, attract investment, diversify the export structure, and achieve sustainable and inclusive economic growth. Strengthening the AML/CFT framework, the oversight of the national Anti-Corruption Center, and the framework for asset disclosure for senior officials will provide a further impulse to governance and transparency.

“International support under the framework of the Fund-supported program would lend financial and technical assistance as Moldova engages in deep reforms in the financial sector, give the authorities space to pursue a more balanced fiscal policy, and contribute to the build-up of international reserves.”

The economy is recovering from the recession of 2015. A modest growth of about 2 percent is expected for 2016, supported by private consumption but dampened by the continuing investment decline, as financing remains tight.

Inflation has decelerated sharply in 2016, reflecting downwards adjustments of energy tariffs, a slowdown in international food prices, and a stabilization of the leu after its sharp depreciation in the first half of 2015. Inflation is expected to remain close to the lower bound of the Central Bank’s target range of 5 ± 1.5 percent for the rest of the year.

Budget execution has been constrained by weaker-than-expected revenues and grants and tight financing. Given the relatively large recurrent spending, adjustment has continued to fall mainly on already modest capital investment.

The current account continues to narrow, largely on the back of import compression.

Remittances have fallen further relative to their level in 2015, but pressures on the foreign exchange market have recently abated, and NBM has been able to increase its international reserves.

The key objective of the program is to tackle upfront the urgent governance and stability issues in the banking sector. The program is thus centered on a successful rehabilitation of systemically important banks and radical improvements to the regulatory, supervisory, and contingency frameworks for banks, including through a demonstrated fundamental shift in the enforcement and sanctioning regime. The financial sector has been under stress for a number of years now, and a key priority would be to bring about an exit from the crisis, so that banks can resume normal financial intermediation.

Prior actions have put the financial sector on stronger footing and reduced fiscal risks, giving the program a better chance of success. They were aimed at (i) demonstrating a clear shift in the enforcement regime, (ii) completing the management team and oversight bodies of the NBM, (iii) starting the process of dismantling opaque ownership structures and related party lending, with broader and stronger legal powers granted to the supervisor; (iv) improving crisis management capacity; and (v) eliminating past channels for fraudulent change in ownership of shares. In the energy sector, given accumulated intra-firm debt and arrears, a near-term priority was to restore financial viability to firms in the energy sector and move toward greater transparency of regulatory decisions. Finally, the terms of the securitization of the government guarantees issued for liquidity provision in the failed banks have appropriately strengthened the central bank while not squeezing unduly priority public expenditure in the near and medium term.

Against the backdrop of a negative output gap and a current account narrower than its long-term norm, the program gives space for fiscal policy to make use of available margins to boost public investment, as monetary policy settings are loosened more gradually in light of financial sector risks. The ECF/EFF will, in that context, safeguard fiscal sustainability by anchoring annual budgets in a sound medium term framework, focusing on revenue mobilization, expenditure prioritization, elimination of public payment arrears, utility tariff reform, and tougher monitoring of SOEs.

The program is also expected to catalyze significant support from external donors.