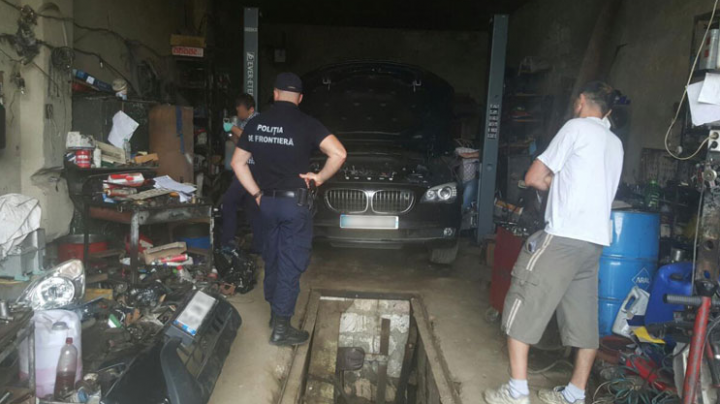 Four Moldovan citizens, involved in a criminal group specialized in forgery of cars identification elements, are investigated by border police. They have been found thanks to the continuous investigation of the penal cause started at the beginning of 2016 on possession, selling and usage of false documents.

During searches were found and seize many cars with false identification elements. These were taken to the headquarters of the Border Police Sectors in the responsibility zone, until the end of investigations.

From the preliminary searches, border police found out that the cars with international registration marks were introduced in Moldova in a fraudulent way, after which the car body codes and the engine number were modified mechanically.

Afterwards, the cars were used in Moldova with Moldovan registration marks.

The “business” was done by four Moldovan citizens aged between 25 and 46 years, residents of Ungheni and Nisporeni districts. The suspects are investigated in liberty, for “forgery of cars identification elements” and for “manufacture, possession, selling and usage of false official documents”.