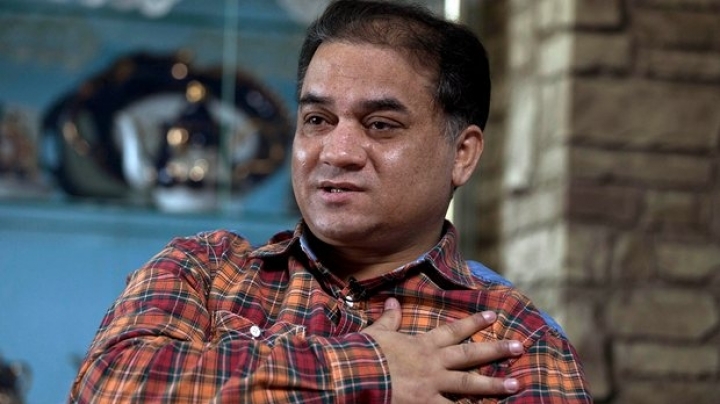 A moderate Uighur intellectual, who was jailed for life after opposing China’s draconian policies in its violence-stricken west, has been named the winner of a prestigious award known as the “human rights Nobel” in a move likely to infuriate Beijing, reports The Guardian.

Ilham Tohti, who has been called China’s Mandela, was announced as the winner of the annual Martin Ennals award for human rights defenders on Tuesday.

The honour comes two years after the 46-year-old scholar was convicted of separatism and condemned to a life behind bars by a court in Xinjiang, a vast region of western China where there have been repeated outbreaks of ethnic unrest and violence.

In a statement, the Martin Ennals foundation said Ilham Tohti had spent two decades trying “to foster dialogue and understanding” between China’s Han majority and members of Xinjiang’s largely Muslim Uighur ethnic minority, of which he is a member.

Beijing has painted Ilham Tohti – whom western governments and rights groups universally view as a voice of moderation – as a dangerous separatist and “scholar-turned-criminal” who preached “hatred and killing”.

“His case has nothing to do with human rights,” Geng Shuang, a Chinese foreign ministry spokesperson, told reporters on Tuesday, accusing the scholar of promoting and taking part in separatist activities.

But Dick Oosting, the chair of the Martin Ennals foundation, rejected that depiction and accused Beijing of silencing a peaceful advocate of Uighur rights.

Teng Biao, an exiled human rights lawyer and friend of the jailed scholar, welcomed the award.

The decision to honour Ilham Tohti is likely to spark an angry response from Beijing. The Swiss government and donors of the Martin Ennals foundation reportedly faced pressure from Chinese officials after the activist Cao Shunli was shortlisted for the same award just days before she died in custody in 2014.

Teng, who fled China two years ago fearing he too would be imprisoned, said he hoped such awards meant the international community would not “gradually forget” human rights defenders such as Ilham Tohti.

But the severity of the crackdown that has rolled out under President Xi Jinpingmeant keeping track of all its victims was increasingly difficult.

“The Chinese government has arrested a lot of human rights activists and scholars and lawyers,” Teng said. “It is very hard to remember all these people.”