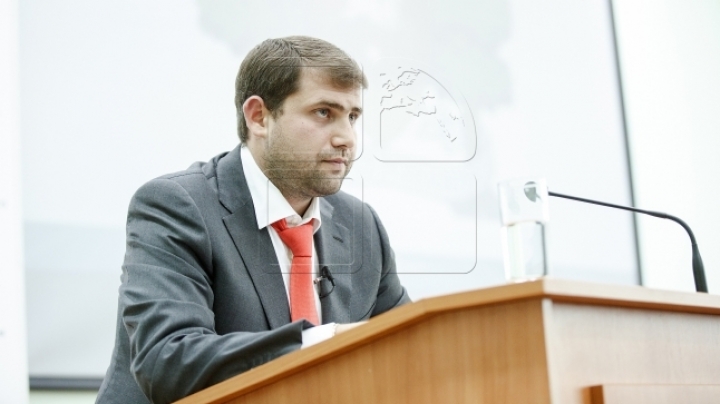 Ilan Shor has been held up for 72 hours in a new inquest into fraud in big amount and money laundering, including loans from Banca de Economii. Prosecutor Adriana Beţişor has made the announcement.

"It’s a new criminal investigation into bank fraud and namely fraud in very big amount and money laundering. The Anti-Corruption Prosecutor’s Office had earlier requested to have Shor arrested, but the court applied another kind of preventive measure. After the information we’ve got from abroad, from counterparts from Latvia and other states, the financial-economic analyses, we have returned to this position and have supported with reasonable grounds to apply this preventive measure. We’ll ask the Buiucani  sector court to have him arrested. It’s another suit, in addition to the one from Este 2014, where Ilan Shor has the status of an accused," Beţişor said.

"We’re certain the judges will reject the request, as it runs counter the actual circumstances. He ahs actively cooperated with the criminal investigators. He has made all the necessary statements and we’re witnessing a fact when, unfortunately, the prosecutors guide themselves by emotions of society and not by evidence and facts. The minutes on detention has no argument and any request lodged with the court may not contain a pertinent reason for his being detained," saidf Ilan Şor’s lawyer Iulian Bălan.

PUBLIKA.MD reminder: Orhei mayor Ilan Şor has been brought today to the headquarters of the Anti-Corruption Center (CNA) for additional hearings.

In February 2015, the CNA squad operated searches, including at Ilan Șor's.

In may 2015, the businessman was under home arrest 30 days, having the status of an accused in the BEM case. His assets were freezed.