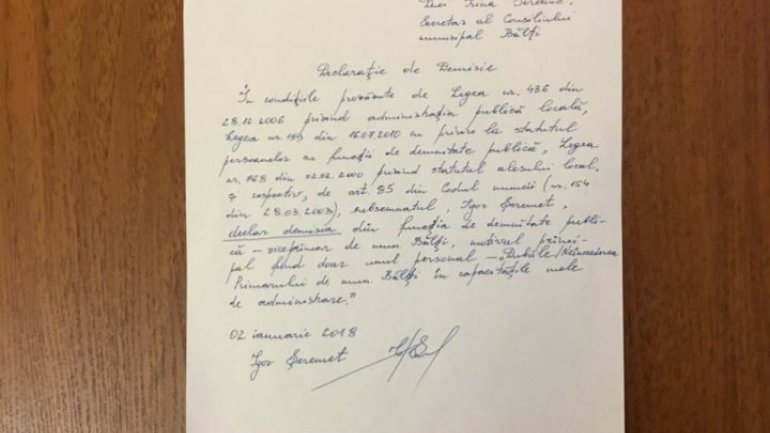 Igor Seremet, the deputy mayor of Balti resigned. The announcement was made by him on his Facebook page. He mentioned the reason of leaving is the doubts of Balti mayor according to his management abilities.

Seremet said that Government's involvement in the garbage issue from Balti was a right and legal decision.

PUBLIKA.MD reminds that the last week, the Government decided that many trucks went to Balti and evacuated the garbage from the city.

At the same time, Serghei Pcela, the chief of Direction of Roads Repair from Balti also resigned. He accuses the fugitive mayor, Renato Usatii that the issue of garbage from Balti appeared because of the political fights of the mayor and the thing that he leads the city through Skype.

Also, the chiefs of two local companies, inclusively, Termogaz announce they will resign too. Larisa Bragari and Stepan Munteanu signed a common declaration, where they say they won't ever participate at Skype conferences with the fugitive mayor, Renato Usatii.

Their decision was taken after the garbage scandal from Balti. They accuse Renato Usatii that the garbage issue appeared because of the political fights between Usatii and Chisinau politicians.