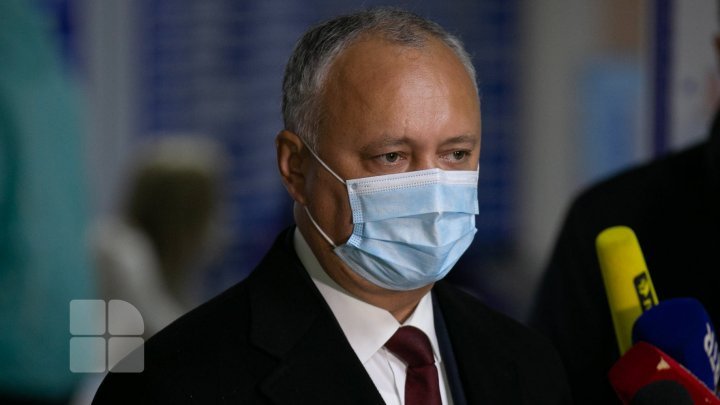 Independent candidate Igor Dodon announced the next steps for Nov 15 second round in a press conference. He made several promises to the citizens and talked about things he will achieve if he becomes president, but harshly criticized Maia Sandu that she could never fulfill these projects for the country.

Here is what Igor Dodon promised and what accusations he brought to Maia Sandu:

1. The current government manages the pandemic. We stopped the liquidation of the district hospitals. We have started the process of increasing the salaries of medical staff. but I wonder what Maia Sandu did for doctors? I promise that as President I will not allow the reintroduction of quarantine. But I am firmly convinced that Maia Sandu will follow the EU's example and completely close the country, the economy, schools and kindergartens for a few months.

2. In situations of crisis, drought, we ensured the payment of pensions, salaries, we found money for doctors and we managed to promote projects that Sandu blocked last year, being in a coalition. I promise in the future to index pensions twice a year, to offer unique support, to lower the retirement age. Last year, Maia Sandu blocked my initiative to index pensions twice a year.

4. Maia Sandu proposes that we reach out to the Europeans for the next dose of credit. We need loans, not for consumption, but for infrastructure development. I will support the domestic producer, we promise to develop the economy, we have unlocked the export markets in the East and in the West. Think about who you will support: the one who wants to destroy the domestic producer or the ones who want to develop the national economy. From Maia Sandu you will receive instability and chaos.

5. It is discussed that the districts and small town halls should be liquidated. As president, I will not accept this, and Sandu was involved in this reform in the early 1990s.

6. I am for the defense of the statehood of the Republic of Moldova. I will not allow us to worship the country of Russians or Romanians. Statehood is my priority. My opponent, Maia Sandu, wants to be president in order to liquidate the country.

7. Traditions, values and faith are crucial for the state. I do not participate in gay marches in Chisinau, as Maia Sandu has participated in recent years.

The PAS candidate, Maia Sandu, has not yet commented on the statements made by Igor Dodon.

Publika .md reminds that Maia Sandu and Igor Dodon will fight in the second round of the presidential elections. According to preliminary data provided by the CEC, after processing 100% of the votes, the PAS candidate accumulated 36.16 percent of the vote, and Dodon 32.61 percent.