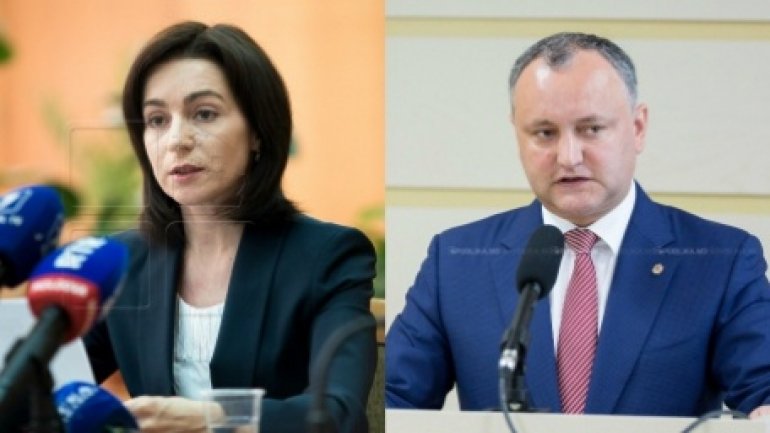 Socialist presidential hopeful Igor Dodon sends a message to his opponent Maia Sandu (PAS), after the poll preliminary results have become known. Dodon is confident Maia Sandu will lose in the runoff.

"I respect my political opponents, I’ll have a fair and sincere approach, but, Mrs. Maia Sandu, get ready to lose this election. You have not grown to win this election. If we get the support of the left-wing partners, we’ll garner over 60%," Dodon said.

The PSRM pretender says the preliminary results are better than he expected. He now has 48.22%.

"The polls showed a weaker stance. We have upset the plans of the forecasters. We have surprised you guys, and we further will. The first round has clearly shown the Moldovans want a left-wing governance, that the right-wing parties leave for good," Igor Dodon specified.

PUBLIKA.MD reminder: Igor Dodon and Maia Sandu will clash in the presidential runoff, as none has managed to garner half of the votes yesterday.