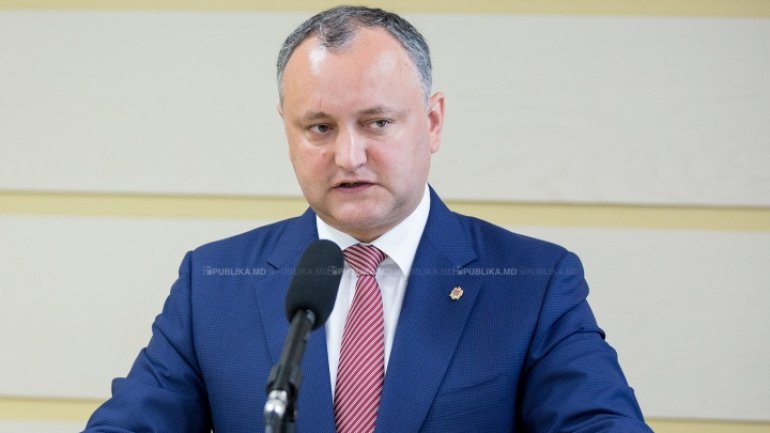 President Igor Dodon will participate in the events dedicated to the 25 years anniversary of establishment of Russian troops in the Transnistrian region.The state head made the announcement during a press conference at a russian TV station.

"For the first time in 25 years, on this day, I intend to participate in events organized jointly on the left bank of the Nistru river. The President of the Republic of Moldova has never participated in such events, I intend to decorate the Moldovan soldiers, but also the Russian peacekeepers on the left of the Dniester, if they will. It is a sign that we greatly appreciate this mission, "Igor Dodon said.

Earlier, Russian Deputy Prime Minister, Dmitri Rogozin announced he would attend the events organized this week on the left bank of the Dniester River.

Moreover, Russian delegation intended to bring a military aircraft to Moldova. In return, the Chisinau authorities sent a letter announcing that they forbid army aircraft to cross Moldovan airspace.