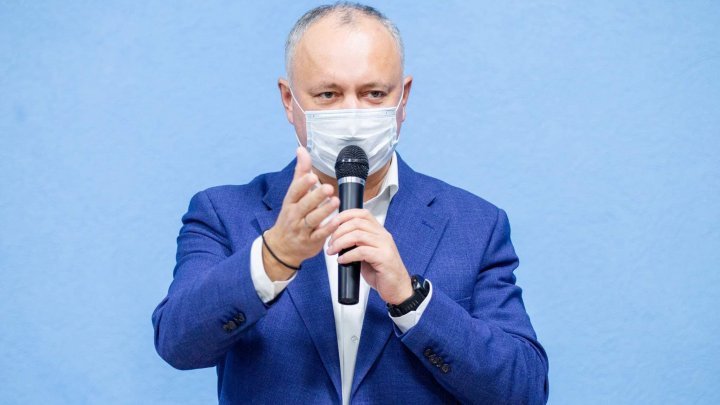 Igor Dodon accepted the Socialist deputies' proposal to become the PSRM leader when he ends his presidential term, he announced on his Facebook.

"At the invitation of the Party of Socialists of the Republic of Moldova, I participated in the extraordinary meeting of the Republican Council of the party. I thanked the leadership and party members, including territorial organizations, for their active support and enormous work during the election campaign. We stressed that, despite the result, this is a good experience for all of us and we are obliged to continue our constructive activity for the benefit of our people, especially considering that inside Moldova, almost half of the voters voted for my candidacy. The difference between me and my competitor in the polling stations in the country was only 27 thousand votes, so our team worked very well.

In the course of the discussions that took place, I gratefully accepted the proposal of the Republican Council of the Socialist Party to become the party leader. The respective procedures will start after the expiration of my term as President, on December 23, ”wrote Igor Dodon.

We remind you that the parliamentary faction of the Party of Socialists of the Republic of Moldova had a meeting yesterday with Igor Dodon, during which the Socialist deputies announced their full support for the former party leader.