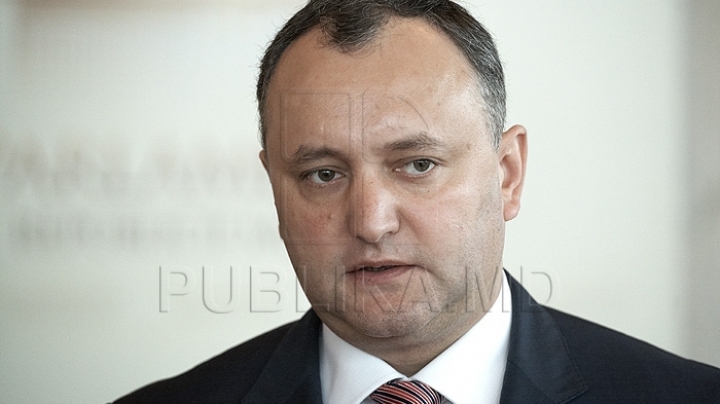 The reforms proposed by the former minister of Education, Maia Sandu, who is running for president, have created chaos in the educational system. The accusations are coming from the leader of socialists, Igor Dodon. According to him, tens of high schools from Chisinau will be optimized because of the regulations adopted by the leader of the “Action and Solidarity” Party.

“Only in Chisinau, in 56 high schools were eliminated the 10th grade. These are the reforms of Maia Sandu. Mockery on students with the graduate exams, mockery on teachers on streets. Unfortunately, this Ministry did not have a good leader” said the president of Socialist Party, Igor Dodon.

Angered by the created situation, tens of parents and children, together with a group of SP deputies, have protested in front of the Ministry of Education. The manifestants requested to keep the grade with a minimum of 15 students.

At the “Neciui-Levitchi” High School in Chisinau, where is taught in both Russian and Ukrainian, only 26 students have applied to be registered in the 10th grade. The students say that they have been told only on September 1st that they cannot continue their studies.

The same situation is at “Titu Maiorescu” high school, where only 29 students applied. The youngsters were advised to apply to other educational institutions in Chisinau.

The authorities said that the optimization of high schools are inevitable in the conditions in which the number of students who are choosing this type of education has reduced considerably.

The representatives of the Ministry of Education gave assurance that they will offer shortly answers to the requests of socialists.