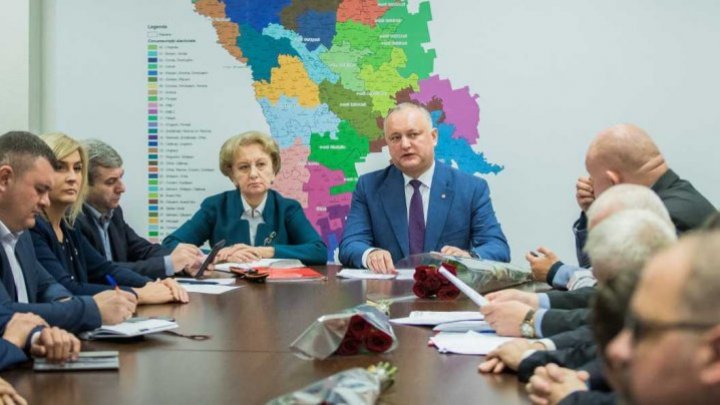 The lack of efficiency in the Sandu Cabinet and the need to replace some ministers are discussed by President Igor Dodon and Socialist Party MPs.

"The head of state expressed his deep concern about the lack of efficiency in the Government and negative perception the citizens have of this cabinet. President Igor Dodon wished to consult the Socialist Party about this topic, in order to identify the best measures to streamline the activity of government.

The biggest concerns noted in the discussion are related to the serious deficiencies in the economic and social sector, the total lack of vision and actions to solve the citizen's problems, the dramatic situation in the field of the security of the citizens, where there are daily situations that endanger their life. Until now, the responsible institutions proved to be incapable of managing the situation, they failed to come up with concrete solutions and actions to protect the citizens.

In this regard, it was agreed that discussion between government officials and line ministries officials will take place to find the best measures to straighten the activity of the government. The talks will also include proposals for the reshuffle of ministers who are poorly managing the areas they manage", quoted the press release of the party.

The party also mentioned the issue addressed during the meeting with the President will be analyzed in the Republican Council of the PSRM, which will take place in the next period.