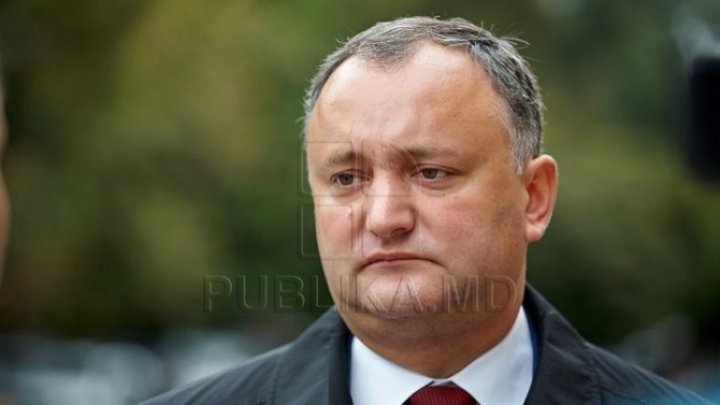 Russians made fun of Igor Dodon. In a humorous broadcast, the Russian television NTV ridiculed the last visit of the President of the Republic of Moldova to Moscow.

Producers of the show insinuate that Vladimir Putin does not take Igor Dodon seriously.

The presenter deplores the fact that Putin met with Dodon and talked about attracting investments.

"At the meeting, evidently who was Tsar and who was Dodon. Moldova's efforts will be reduced to the fact that they will not oppose", commented the Russians.

The show presenter named Dodon a "tourist at the Kremlin" and commented on his meeting with the Russian president, saying that the hall was a freshly made plaster and taste of Aligote, alluding to the fact that many Moldovans are working in construction in Moscow and are wine consumers.

"Dodon listened interestingly what Putin did to strengthen the Moldovan-Russian friendship and he insistently looked at the ceiling and the walls, trying to find something to repair. The Moldovan president did not know that the Kremlin earthenware was laid by workers who have at least the rank of Major" it was noted during the show.