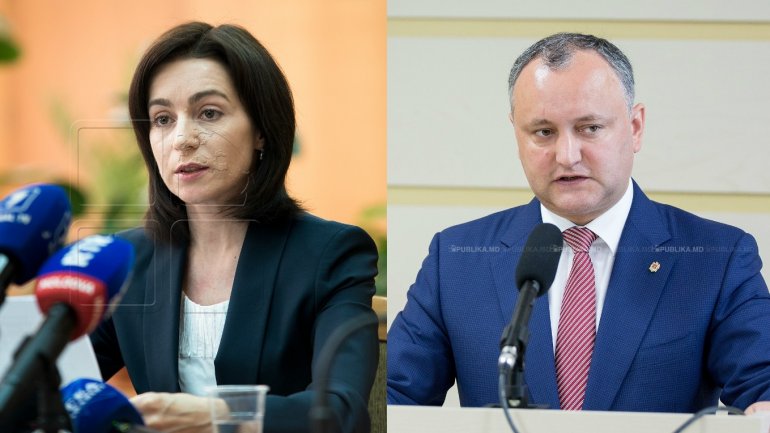 Socialist Igor Dodon requested the investigation of the sources and ways of financing presidential candidate PAS. This happened after yesterday, 8 November 2016, on the Internet was an information about a donation worth 300,000 lei from the company "Dufremol" of Ilan Sor for Maia Sandu.

"We will seize today or tomorrow CEC and the Prosecutor tell us very clearly what is happening. The one who swears she'll be very balanced and so on, we see that she accepts unclear schemes, this gentleman, comes from her, who says on the phone, that look, let's do so to escape tax" said Igor Dodon.

On Tuesday, 8 November 2016, the blogger Eugen Luchianiuc has published some documents proving that the money was transferred in four installments on account of the formation.

At the same time, he also made public audio recordings showing that the PAS Secretary General, Igor Grosu, negotiated transactions and recommended how to make transfers to not attention the control institutions.

Four days later, the two communicate again. And this time, discuss the transfer of over 70 thousand lei and the necessary formalities.

After publishing these audio samples, PAS said in a press release that the money would be returned and called Veaceslav Galoi an instigator hatched by Ilan Sor to denigrate the party of Maia Sandu.