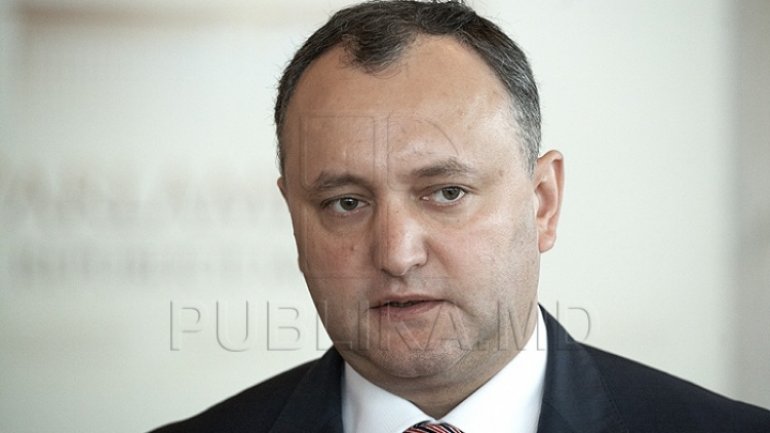 President Igor Dodon maintains Renato Usatîi is a bandit and a clown. He told a TV station he regretted he had promoted the leader of Partidul Nostru party to “strategic partners.”

"One tried to get Usatîi out of a criminal gang. He’s always been a bandit. Maybe they managed to get him out but they failed to get the bandit out of him. After plainly stating he will physically liquidate Moldova’s President, what can you talk with such people? Clowns have no place in politics," Igor Dodon said.

Dodon thinks Usatîi is envious on him for becoming President.